The Final conference of CESSDA SaW project was held in Dublin, Ireland on 19th October 2017. Organized by the Irish Social Science Data Archive (ISSDA) and CESSDA ERIC, the event was very successful hosting representatives from 28 countries. CESSDA members, non-members and aspiring members, were rounded to present the outcomes of a two-year project which has helped increasing the consortium and strengthening its members.

After a welcome by Professor John Howard from ISSDA and presenting the relevance of the project to an European infrastructure, the Impact Study conducted by ISSDA in Ireland was presented by Jenny O’Neil. The study demonstrates the value and impact of ISSDA on the research community and landscape in Ireland, and further afield and is available here.

Project partners were honoured to host two distinct stakeholders: The Director of the Irish Research Council (IRC) Peter Brown, who emphasized the support to the Irish membership of European research infrastructure consortia, and a positive attitude towards the entry of the Ireland into CESSDA; followed by Harry Tuinder, representative of the Research Infrastructures Unit (B4) in the European Commission – DG Research & Innovation, who presented the new document on mapping the challenges and future steps in securing the long-term sustainability of European research infrastructures, and talked about the importance of European Open Science Cloud for the ESFRI landmarks.

The director of CESSDA ERIC, Ron Dekker, presented the process of the new CESSDA strategy, highlighting the principles which will guide the consortium through the next period. Vigdis Kvalheim, from Norwegian Centre for Research Data (NSD) and project’s WP3 leader, presented the state of data archive services and related project results. Ivana Versic from CEESDA ERIC talked about the future plans and prospects, focusing on continuation of the project and its activities, and new EC calls which could be of interest for the consortium. To conclude the conference, Jindřich Krejčí, director of the Czech data archive (CSDA), talked about the widening efforts featured in the Work plan 2018, followed by two different experiences in acquiring CESSDA membership from Miloslav Bahna (SASD, Slovakia) and Adrian Dușa (RODA, Romania).

The presentations given during the Final conference are available here:

cessda cessda eric Conference Dublin eric European Commission Ireland Irish Research Council
The primary ambition of the CESSDA SaW (Consortium of European Social Science Data Archive - Strengthening and widening) project is to establish the conditions for, and initiate the movement towards, a seamless social science data archive service for the whole of the European Research Area (ERA), which is capable of supporting the research needs of the next generation of social scientists wherever in Europe they may be, or beyond. The overarching impact of the project will be to initiate the transformation of the user experience of social science data in the ERA, resulting in a transformation of the evidence and insight available to those tackling the social and economic issues of Europe. 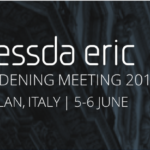 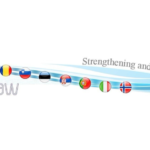 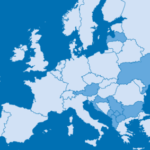 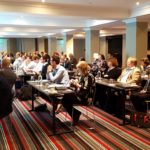